Cartier is the trend of luxury jeweler industry and the symbol of elegance at the turn of the century.  The mission of the company is to deliver the finest goods to customers all over the world. The company has a long and distinguished history of serving royalty, as well as stars and celebrities. Since the brand is prestigious with its high quality and luxuriance, Cartier continues to be synonymous with its signature jewelry and exclusive wristwatches, love bracelets, Trinity rings and diamond necklaces. 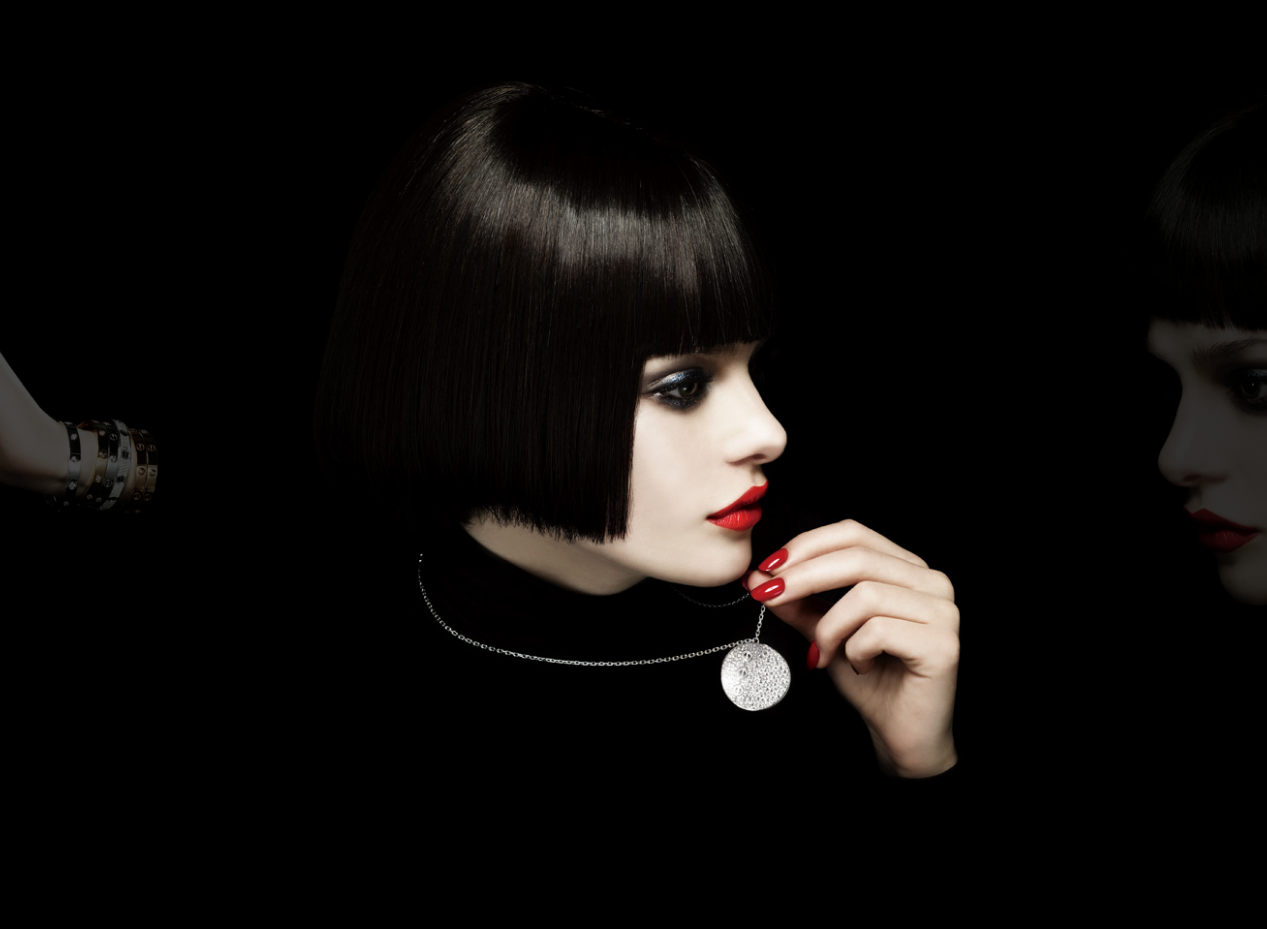 Strength: Cartier is one of the most historical luxury industries all over the globe by 166 years since 1847 to present; it operates its own chain of nearly 200 retail stores, including the company’s flagship locations in Paris, New York, and London. The company brand is known as accessories to the wealthy upscale market and royal society, indeed, the company is recognized as noble and notable in the luxury field. However, the popularity is spreading by medias and celebrities. Recently, the beautiful Canadian actress, A.J. Cook, was seen wearing the Cartier Ballon Bleu while filming the popular CBS television series Criminal Minds in which she plays as Supervisory Special Agent Jennifer Jareau. Reality star, Kris Jenner, who is best known as being the mother of Kim, Khloe, and Kourtney Kardashian, was also recently seen sporting a Cartier Ballon Blue watch at the launch party of the Kardashian Khaos store in Mirage Hotel in Las Vegas. Other celebrities that have been spotted wearing a Cartier Ballon Bleu watch include American actress Lindsay Lohan, American reality TV star and fashion stylist Rachel Zoe, South Korean actress Yoon Eun Hye, and British television personality and model Tamara Ecclestone. 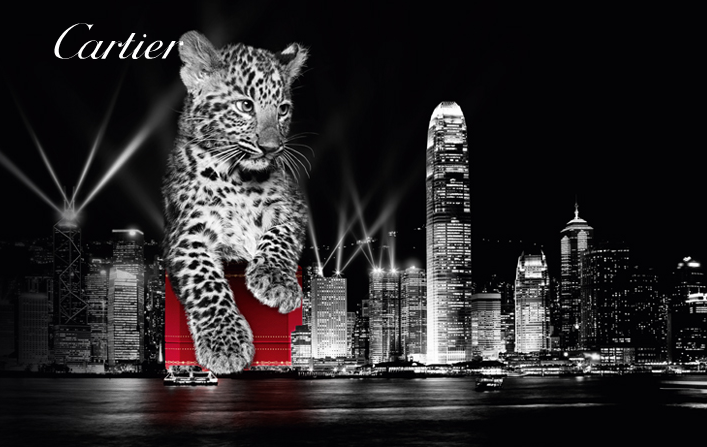 Weakness: As like a lot of famous brands, Cartier is facing the same predicament-counterfeits. According to the Women’s Wear Daily and Jeweller magazine’s websites, Cartier had sued a few online websites, including Amazon, for selling counterfeits of Cartier wristwatches and jewelry. Not only the real counterfeits, but also some smaller jeweler industries have simulated the design from Cartier. For example, HauteLook, is a Los Angeles-based online designer goods retailer. HauteLook states on its website that it “never sells second-hand merchandise ever”. It goes on further to say that it “partners with premium fashion and lifestyle brands to create private, upscale sale events.” Cartier claimed it has never had a partnership with HauteLook and accused the retailer of “false advertising, unfair competition and trademark infringement”, according to a statement.


Opportunities: The business has always thrived internationally. In March 2012, Cartier had released the film with ambitious short to feature three panthers and a host of fantasy scenes, it’s called “L’Odyssée de Cartier” In honor of Cartier’s 165th anniversary, and the panther will take viewers on a journey through Cartier’s iconic designs during the three-and-a-half-minute spectacular. On the other hand, the Cartier Women’s Initiative Awards was created in 2006. Cartier is looking for exceptional international female entrepreneurs through this business plan competition. Since their inception from the beginning, they have accompanied over 100 promising female business-owners and recognized 32 laureates in different continent, Africa, Asia, Europe, Latin America and North America. Candidates, who can be from any countries, are eligible to apply for the award on Cartier’s official website. The prize includes personalized coaching, a $20,000 grant as well as an invitation to the Women’s Forum Global Meeting in Deauville, France. Plus a coaching support for one full year form Cartier’s business management and a trophy designed by Cartier. It’s definitely a great opportunity for global business.

Threats: Running a business is being in risk. Cartier is one of the finest jeweler industries, but there are competitors in the same field to deliver their best goods to every consumer. One of the rivals to Cartier is the well-known watch’s European brand Rolex. Cartier is famous with their timepieces-rectangle wristwatches. However, Rolex is a watch manufacturing. They focus on watches, which now became the top watch’s brand in the field. In jewelry brands, Tiffany and CO. is an American multinational luxury jewelry and specialty retailer, they were founded in 19th century. Although Cartier is upper scale that Tiffany’s, Tiffany has more variety to consumers. They have high-end jewelry pieces and they have obtainable pieces for their admirers.

Product: The Maison has the most elaborate collections. In the product catalog pages, each set of collection pages starts off with a poem.
Panthère de Cartier collection-Other lines shown in the e-catalog are Caresse d’orchidées par Cartier, Cartier d’Amour, Diamants Légers de Cartier, Trinity, Love, Juste un Clou and Entrelacés.
Trinity section All necklaces, bracelets, rings and other pieces are shown next to a plus-sign icon that, when clicked, opens a box to show the collection name, item name, materials, item number and a link to find out more.
Juste un Clou section Consumers can click to view the item on Cartier’s U.S. e-boutique where they can purchase the item if available, read a full description, view video on the collection and contact an ambassador. 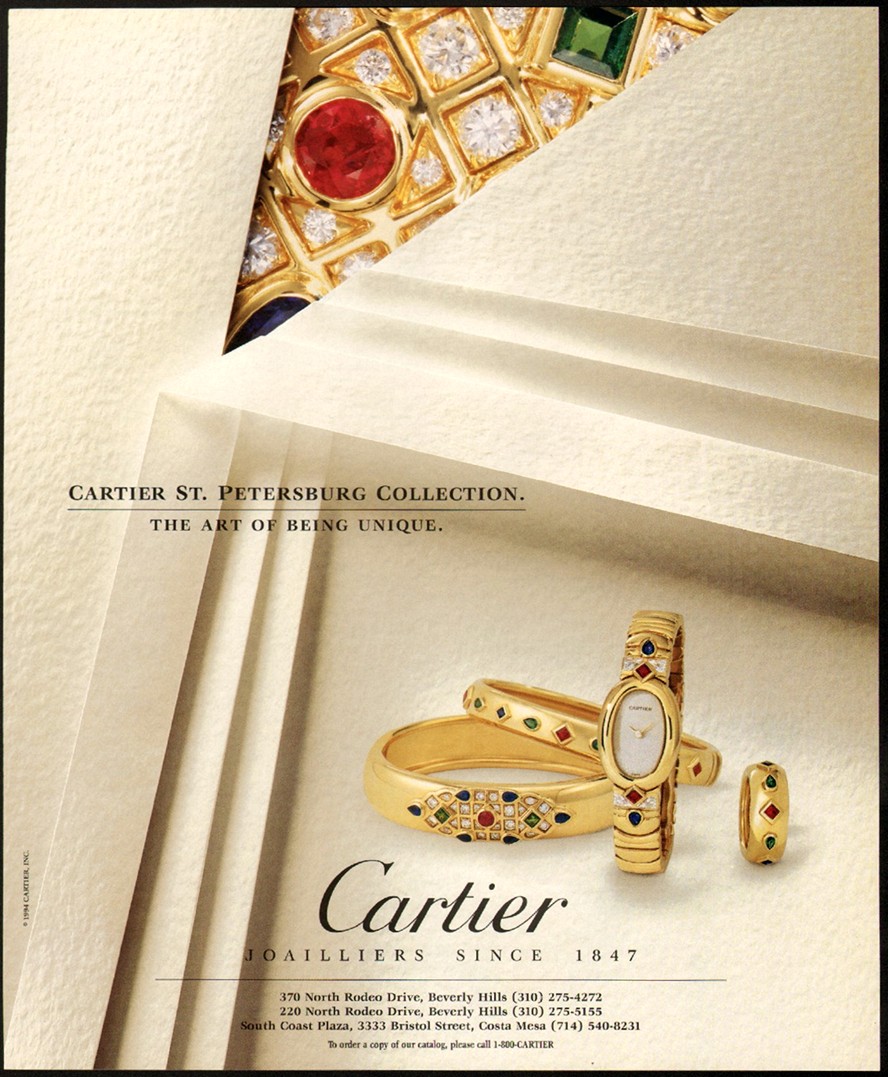 Price: The price range is various in white gold, yellow gold, pink gold and diamond. The common price to purchase is around five thousand and more, since they are the high-end industry, they rarely do sales or discount as the others. Nevertheless, Cartier still remains a worldwide bestseller through the end of the century. 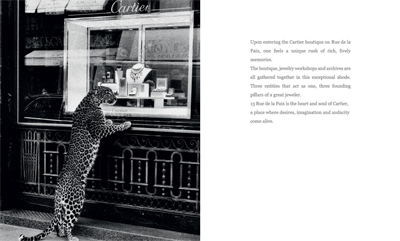 Place: Cartier is a worldwide manufacturing. Cartier operates its own chain of nearly 200 retail stores, including the company's flagship locations in Paris, New York, and London; during the 1990s the company made strong expansion moves, opening in such mid-level markets as St. Louis and Seattle. 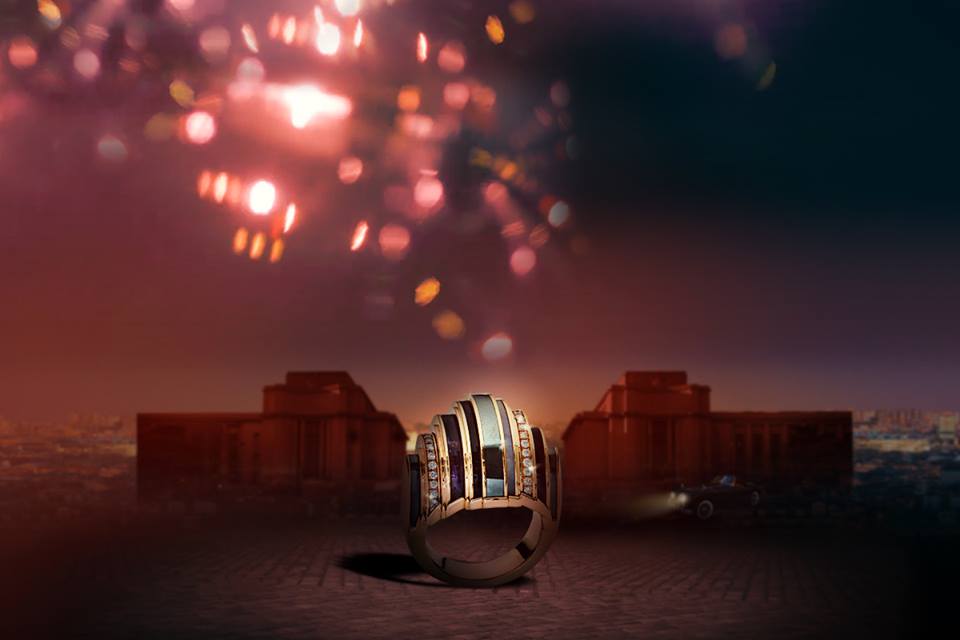 Promotion: In special occasions, like mother’s day, valentines’ day and especially Christmas, Cartier will have special collections for their admirers. It always helps when you want to celebrate and make a nice purchase for your love ones. As Cartier’s CEO told in a media interview “there’s no substitute for ice as my wife likes to say”.